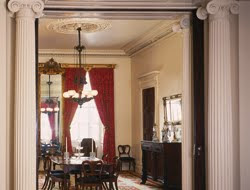 Pocket Doors are perhaps some of my favorite architectural features. Originally, they were often used to separate double parlors which were prevalent in both Victorian and Greek Revival town homes throughout the 19th century. Built in 1832, the Greek Revival Merchant’s House on East 4th Street in New York, boasts beautiful double parlors separated by large mahogany pocket doors. 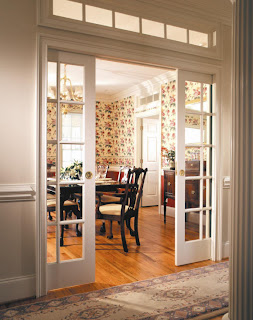 Pocket doors are still quite prevalent in architecture today, they are a nice feature when a homeowner is looking for an “open plan” and yet wants to be able to create privacy at times. As in the photo above, they also don’t have to be solid. 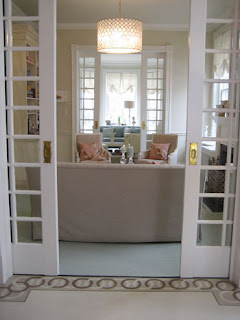 The doors allow for diverse spatial organization, which is so great.  In the summer, the doors can be kept open for a more airy feel, and then in the winter, close the doors and cozy up next to the fire. I love these doors in Katie Ukrop’s house in Richmond, VA, they are absolutely stunning. The many panes in the doors draw your eye across and through the living room to the the windows at the end. 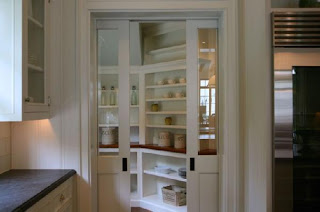 Albeit chic, what I love about pocket doors is their practicality. Pocket doors do not get in the way, they never swing closed when the wind blows through your house or apartment, they don’t have to be propped open, and they take up no floor space. In  my tiny fifth-floor walkup in NYC, I had pocket doors on both the bathroom and bedroom doors.  In such a tiny rabbit warren type space, pocket doors were great because they didn’t take up any of the all important space!  They are especially great for bathrooms–in my NYC space, had there not been a pocket door, the bathroom door would have swung outwards and hit the stove. 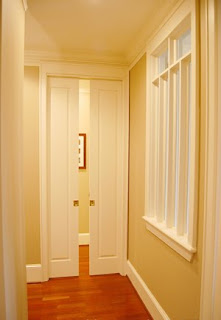 Closets can also be another great opportunity to utilize pocket doors because of their space saving attributes! 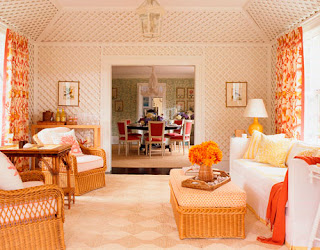 Although originally intended to separate gracious spaces, as in this living room/dining room by Ashley Whitaker from House Beautiful, pocket doors can be extremely useful when trying to design smaller, practical spaces.