Don’t you wish that changing the clocks occurred on a Saturday so that you had at least a day to get used to the idea? I don’t know about you all, but I’m exhausted this morning! So, thinking about getting back to bed, I thought I would share some photos of Francis Ford Coppola’s new Palazzo Margherita in the Italian village of Bernalda. Nothing like looking at boutique hotel pictures when you’re in need of a vacanze. 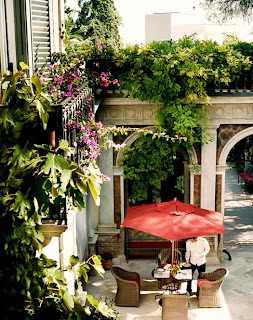 Palazzo Margherita was built in 1892 by the Margherita family in Bernalda, Italy. Purchased by famed director Frances Ford Coppola in 2005, Coppola undertook a major restoration of the 19th century villa with the help of his daughter Sophia and decorator Jacques Grange. 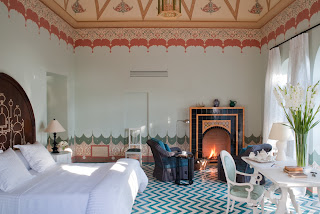 The painting on the walls is all original, and local artisans/craftsmen were brought in to bring it all back to life. 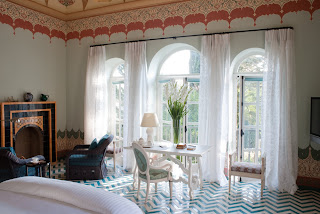 Each room was meticulously restored, and this included the tile floors. Each tile was taken up from the floor and numbered while underfloor heating and cooling was installed. This floor is absolutely magnificent. This room, referred to as “Francis’ Room” was originally a covered piazza – with no windows. So when they did the renovation, they installed windows in the arches – looking out over the garden … 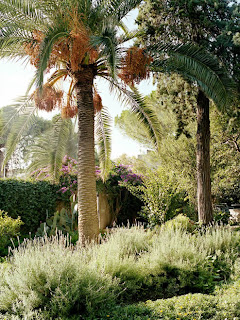 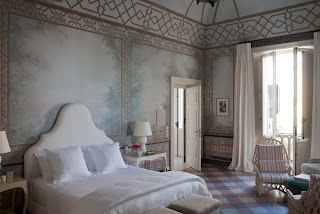 This room is called “Sophia’s Room.” The rattan furniture seems to mimic the painted ceiling. 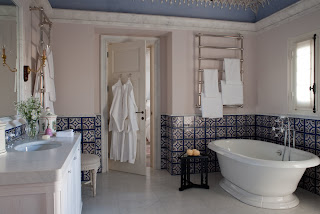 I love all the tiles and fixtures in these bathrooms. Look at the depth of that counter top. 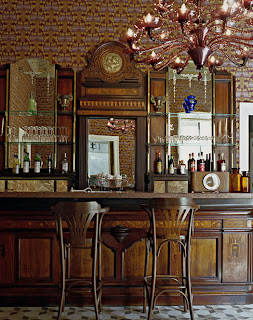