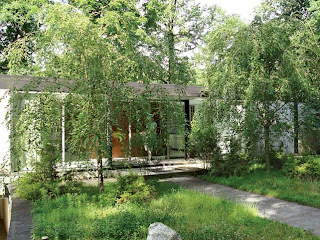 One of my favorite misconceptions about historic preservation is that it is reserved for colonial-esque things from the 17th, 18th, and 19th centuries. This is just not true! One of the many criteria for nomination to the National Register of Historic Places is that a building be over 50 years old. If you do the math, that means that anything built before 1960 is considered “old.” This does not mean that every building built before 1960 is eligible for the National Register or a local register though, there are many additional criteria, however, this one illustrates what “old” means to a preservationist. 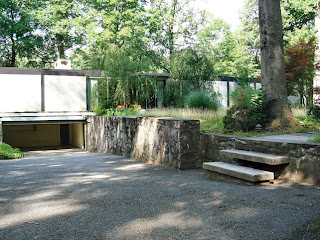 This restoration of a 1957 house designed by Arthur Witthoefft, then an architect at Skidmore, Owings & Merrill; was undertaken by Todd Goddard and Andrew Mandolene, who relocated from California just for the house. This project is featured in the February issue of Dwell Magazine, and documents a few of the issues that the pair were confronted with in the restoration and preservation of a mid-century marvel. 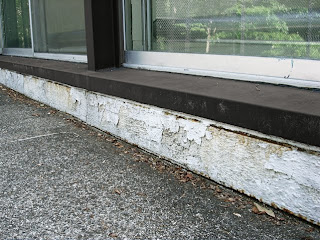 The concrete slab “foundation” of the house was in dire need of restoration, and its failure had resulted in some rusting of the steel underneath. 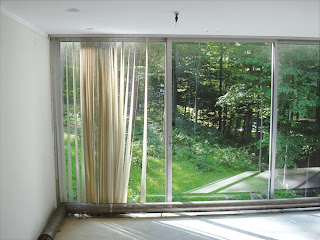 When the heating system failed, instead of fixing it, previous owners had inserted an aluminum cylindrical radiator, which obstructed the view as well as diminishing the home’s intended design. 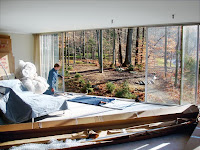 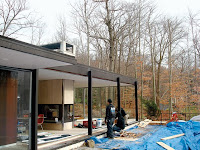 As in the case of many restoration projects, the majority of the sliding glass panes were replaced. Deterioration of the seals around the windows often leads to the need for window replacement in a mid-century project. Additionally, window technology has come far since 1957, and a more modern window would be more energy efficient and therefore more cost effective. 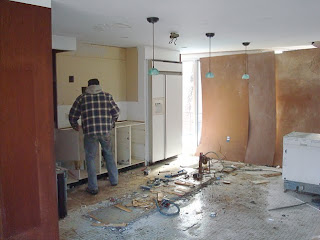 Although Goddard and Mandolene were determined to preserve as much as possible, even going so far as to salvage details such as door handles, light fixtures and light switches, obviously the kitchen needed some work. Additionally, Goddard and Mandolene did not repair the original tile floor, instead they chose to cover the concrete slab foundation with a white resin. 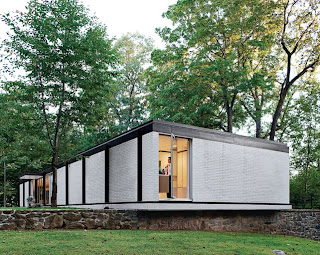 And the finished product? … absolutely fabulous. 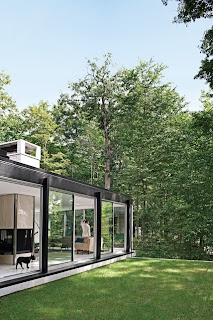 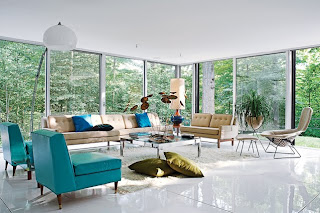 Clearly, Goddard and Mandolene have a passion for mid-century! In fact, almost every piece of furniture in the house is an antique–the only new piece?–their bed! I love how the living room seems to float within the trees.  And I just love the resin floor. 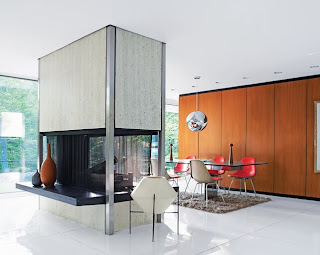 The travertine and steel multi-sided fireplace divides the living and dining spaces, it’s almost a piece of architecture in itself. 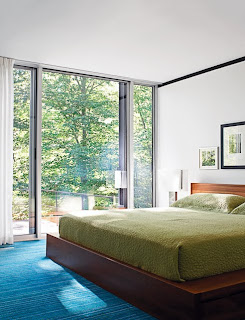 The only new piece of furniture in the house, this bed from Bo Concepts–again their bedroom feels like a treehouse. 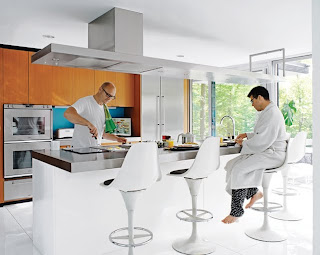 The most extensive changes to the house were probably made in the kitchen, where wood cabinetry was eliminated in favor of the sleek, ultra modern hood vent. 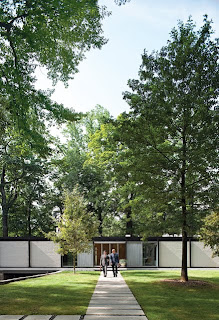 I can’t say enough good things about this house, or the project that the owners undertook.  What a great example of saving an architectural treasure!  I urge you to go to the newsstands or Dwell.com and check out the full article.  This is what preserving significant buildings is all about!
photos courtesy of dwell.com and Dwell Magazine