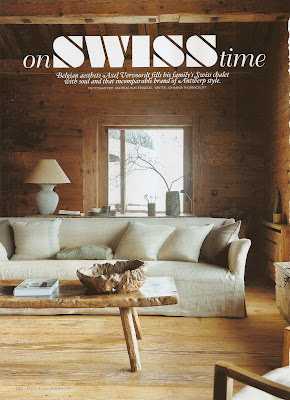 Designer Axel Vervoordt and his family were looking to buy a traditional, historic swiss chalet, high in the mountains. However, when they were looking there weren’t any existing buildings available. So the family bought some land and decided to build a chalet in the traditional style. The outcome? Amazing. 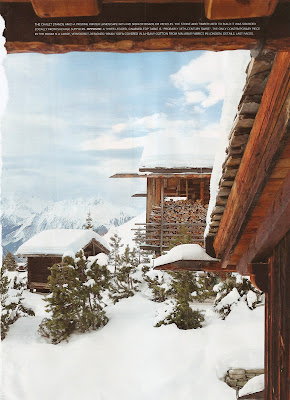 Even though the building was built today, Vervoordt and family decided they wanted the building to have that historic quality that they had looked for. So, the house was built with salvaged materials. 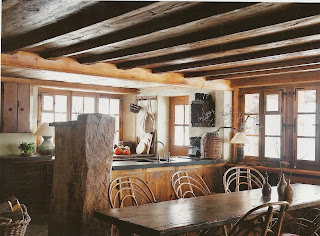 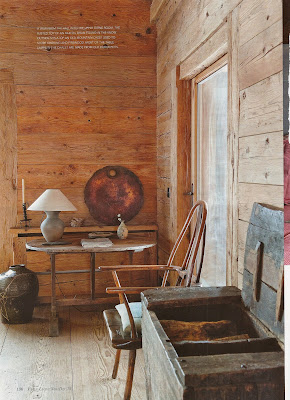 Even though its new, the house has the air of a home that has been in the mountains forever. Look at the width of the floorboards–fantastic. 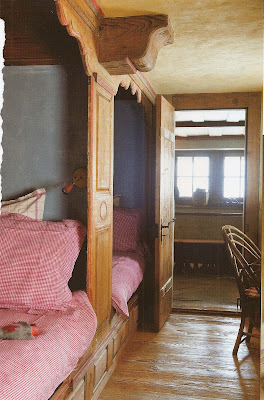 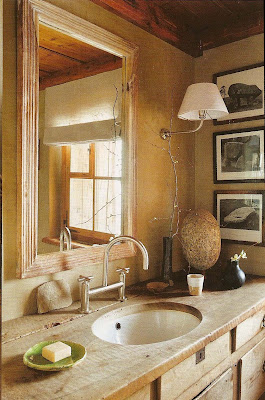 I love the countertop and vanity in the bathroom. 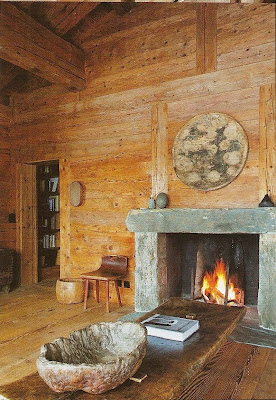 This shot really gives a sense of the simplicity of the space, and yet the craftsmanship involved in its building. 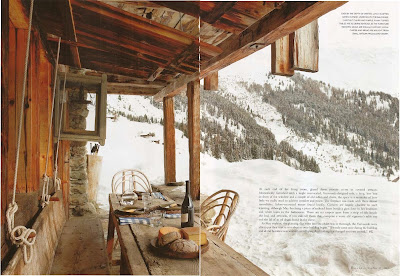 This house appeals to me as a student of historic preservation. I know this house isn’t old, but in building this house, the Vervoordts are keeping the traditional trades alive and being sustainable by reusing old materials. What’s not to like? Kinda makes you want to start singing the sound of music, right?
Photos courtesy of Vogue Living Nov/Dec 2010