As a blogger, there are few things that can really be a bummer, and one of them is the death of your scanner. My scanner is currently not scanning, and I need to do some serious recon to figure out what might be wrong, b/c without it, there are so many ideas that I can’t post! Anyway, lucky for me, I have an amazing DIY project to post on that doesn’t require my scanner! 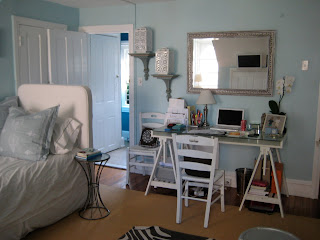 Here we have an already familiar photo of my tiny Philadelphia studio. But what the DIY project entails is my desk. 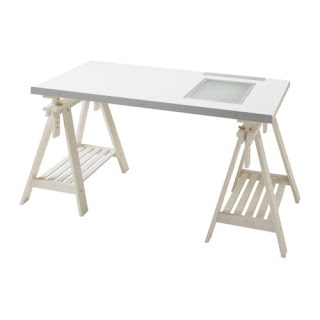 The desk is made up two different sets of pieces, these vika artur legs .. 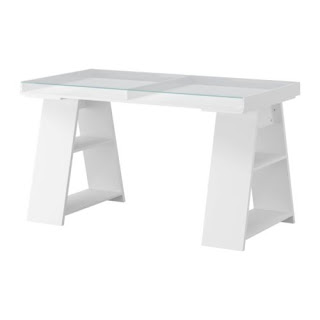 And this top called vika gruvan. I love the top of this desk because it consists of a piece of glass on top of a shelf, which allows you to store and display things under the table top, which is really a wonderful feature. However, always feeling like the display looked a little white, I took some inspiration from the November 2006 issue of Domino, wherein Nick Olsen covered a bland ikea console table with grasscloth. 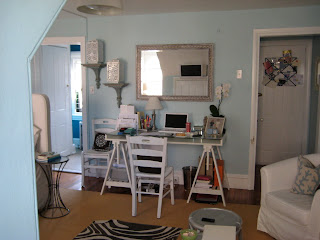 I thought that idea would be just the thing to liven up the whiteness of the shelf underneath the glass on my table top. That way, I would cease to look at all that white … which also showed all the dust and would occasionally lead to serious procrastination … and have some great texture to it. Luckily for me, there was some leftover Hinson grasscloth lying around in Charleston, and it was just enough to do my desk. 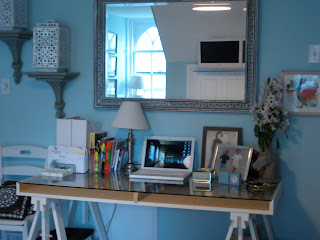 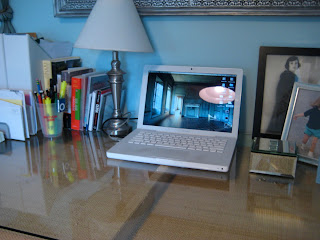 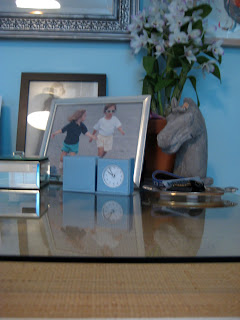 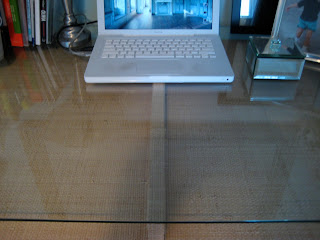 I can’t take the credit for this, unfortunately. Although I had the idea, the paper had been sitting next to my desk for months, and while I was on a class outing on Saturday, W did the honors. He did a wonderful job, don’t you think? I am so pleased with it because now I have created a custom piece out of  ikea parts!